Taking a stand against fake and negative reviews
Share 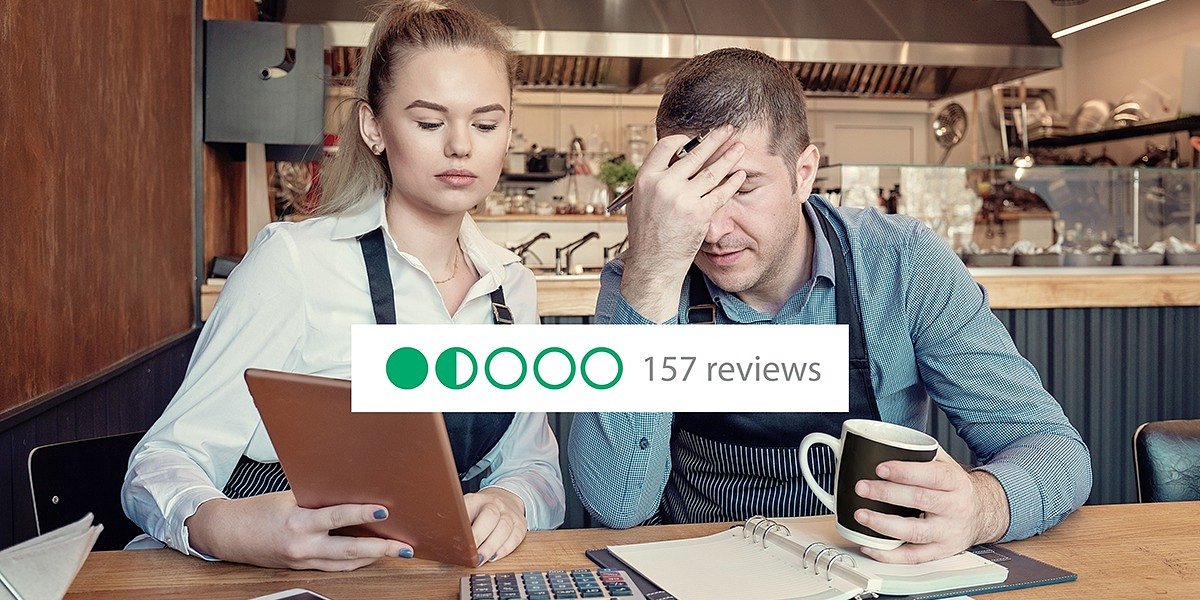 Taking a stand against fake and negative reviews

Faced with the current pandemic, it has become evident that community and positivity are more important than ever. Not only do we need to find ways to help businesses in the travel sector, but we also need to focus on positivity as a way to support each other and survive the crisis.

At the same time, dialogue is necessary for change to happen. We need to openly talk about the things that have been harmful to businesses everywhere. Within the travel and hospitality industries, some of the biggest damage in recent years has been done by online reviews and ratings.

Reviews that have not passed due diligence have the potential to harm the reputation of small businesses everywhere and cost them thousands of dollars in the process. Fake reviews favor businesses who know how to play the system and deceive readers who have put their blind faith on an anonymous reviewer.

When ratings fail both users and businesses

In the past few years, the reputation economy has become increasingly bloated, saturated, and most importantly unreliable. Gone are the days when reviews indicated an authenticated stamp of approval on the quality of experience that a place provides, and more businesses are learning ways to cheat the system.

In fact, Saoud Khalifah, the founder of Fakespot – a company that analyzes and detects fake reviews across different platforms – claims that 1/3 reviews on a travel platform giant are fake. It’s a staggering claim that comes on the heels of concerns surrounding fake news. While the platform in question denies these allegations, it shows a growing distrust amongst consumers towards reviews from people they don’t know.

Think of the countless other restaurants that buy fake reviews, not just to move up the rankings themselves, but to destroy other businesses too. According to The Telegraph, fake negative reviews are costing businesses as much as £30,000 per year.

And of course, within this system, the most mediocre of places can turn into the trendiest hotspot. Bars serving no food can be mistakenly classified as restaurants. And rival business owners can buy fake negative reviews to lower their competitors’ ratings. Seems implausible? Here are some real-life cases of these examples.

Case 1: The Shed, the trendiest hotspot in London is actually an overgrown backyard serving microwaved food
Using deception tactics, Oobah Butler transformed The Shed into the #1 London restaurant on a travel platform giant.
Online, he sold a gastronomic dream. The Shed was “London’s best-kept secret”. He created a website complete with a great logo and a minimalist layout using the world’s classiest serif font, Garamond. On the menu, people would order moods instead of traditionally-named dishes.

In reality, The Shed was an actual shed in a typical overgrown backyard in South London. The restaurant didn’t exist. Butler staged photos featuring microwaved food freshly bought from Iceland – a budget supermarket known for its frozen meals – his foot, and Gillette shaving foam as supposedly mouth-watering crème chantilly.

The hoax received significant media attention for exposing the main issues with the reputation economy.

Case 2: Café La Java gets into the top of restaurant rankings despite not selling food, owner shows ass

Café La Java in Saint-Malo, Brittany, is known for its amazing interiors filled with random trinkets and antiques, and the café regularly attracts tourists from around the world.

But in June 2019, the café and its spirited owner got into the French headlines for something else. On Facebook, he posted a photo of himself, butt-naked, in front of his restaurant, and wrote a lengthy caption calling out a certain travel platform.

Café La Java had risen to the top of a travel platform’s restaurant listing rankings in Saint-Malo, Brittany thanks to fake food reviews from his customers, who were part of the ploy. The reviews included fake claims, such as La Java having “the best pig trotters in town” and “superb gastronomy”.

In the Facebook post, the owner mentioned how rating platforms function as a form of cowardice and went on to say:

“You have to be superhuman to endure this spitefulness, slander and gossip on a daily basis. So, to all those who call me a tourist bar (as if I should be ashamed to serve great people from all over the world), self-centered, smug, or even a chauvinist, I offer you… my ass.”

This post on Facebook received thousands of likes and shares, and served as a rallying cry against an exploitative ratings system which harms businesses and costs business owners thousands.

A certain travel platform in the US has been in hot water over alleged unfair business practices for a long period of time.

Small businesses have sued this review platform for more prominently showing negative reviews more than positive ones. According to these businesses, the only way that they could get above the competition was by paying for the platform’s ads.
Reiko Roberts, owner of a vintage clothing store, talked about the advertising pressure tactics from salespeople amounting to extortion. On refusing to buy ads, she said: “the lower reviews go to the top and the higher reviews go to the bottom.”
There are many more allegations surrounding the reputation economy. This is just the tip of the iceberg. But hopefully you get the point.

The reputation economy has become harmful to small businesses which have to spend thousands of dollars just to bump up their ratings on the platform. It is unreliable for users everywhere and a new model, away from ratings and review, is needed.

Instead of being based on star or numerical ratings that have no real benchmark, online reputation should revolve around customers sharing their positive personal experiences of their favorite businesses with their circle of friends.

There is a future beyond the reputation economy, leaving negative comments, unfair ratings and star systems behind. At TWISPER, we’re working to make that future a reality.

The solution: A positive-only social app for users and businesses

Revolutionizing the way restaurants, hotels and bars connect with their clients, we’ve done away with the ratings system by simply… not using them 🤷. That’s right. We know how easily ratings can be tampered with, so, we’ve decided to simply get rid of them.

Instead, the TWISPER app works on a system of positive recommendations that encourages users to share their amazing experiences of their favorite restaurants, hotels and bars. Users only interact with businesses they love to let their friends know about them.
Moreover, they can only see the experiences and favorite places of the friends they’ve added, or of the partners and influencers they’ve chosen to follow. There’s no room for fake users leaving fake reviews, just trusted communities sharing their recommendations.
On TWISPER, there are no negative comments and no unfair ratings. People simply recommend the places they love in an easy, unique and positive way thanks to our digital word of mouth, which businesses can then leverage to reach new customers.
Therefore, our business model revolves around creating sustainable and transparent interactions between businesses and their customers. We truly think that this is the way forward when it comes to bringing back fairness to the industry.
And, finally, we don’t sell user data — point blank
For us, user privacy and trust are at the core of what we do. As a company, we’ve made a value-led decision to develop a revenue model that relies on business subscriptions, rather than on selling personal data as so many other platforms do. User data remains exclusively within the app and won’t be sold elsewhere.
Join our positive revolution
TWISPER is disrupting the market by creating a positive ecosystem that benefits everyone: users, businesses, partners and charities. Our vision is to be the leading, most trustworthy social app for users, the number one in digital word-of-mouth marketing for businesses, maintain win-win partnerships with partners and have a positive impact on the world through our charity projects.
We represent the businesses that have spent thousands of dollars on reviewing platforms to fix their online reputation. We represent the disgruntled users who have been disappointed by places that have purchased their reviews. We represent the frustration of so many people over a system of reviews and ratings that have become extremely untrustworthy over time.
TWISPER is a free social app to share and discover personal and positive-only recommendations of restaurants, hotels and bars through a community of trusted friends and partners.
Join our growing community of over 1 million users in our positive revolution.
Download TWISPER for free on Play Store and iOS 🥳.

To face the current gobal crisis, TWISPER launches a campaign to support worldwide hospitality and gastronomy businesses.
Powered by